DJ Mac Cormick Contractors have just completed another large diameter Microtunnel project on Larrakeyah Defence Base – Darwin NT Stormwater Drainage Concrete Jacking Pipeline 1950mm with an internal diameter of 1650mm.
The project was undertaken utilising their Herrenknecht AVN 1600 Control Container and Tunnel Boring Machine closed face laser guide, steerable by utilising a slurry spoil removal system.
Ground conditions encountered at 6 – 8m depth of drainage line included rock up to 150 MPA so a rock cutting wheel was utilised to cope with the high strength required. Groundwater was also encountered on the first drive.
The tunnelling involved two drives of 330 metres and 354 metres with an 850 tonne jacking system in launch shaft and drives both ways from this location. Due to the length of drive, several intermediate jacking stations were necessary and a lubrication system to minimise friction on the outside of the pipe.
Given the pipe diameter, man-entry was possible from inside the TBM should cutter changes be required along the drive. A ventilation system was necessary not only at shaft locations, but inside the tunnel and was designed to suit the drive lengths and high humidity in Darwin.
The TBM weight was approx. 24 tonne and required a crane pad, hence a lift analysis was necessary to ensure safe lift loads. A 200 tonne crane was utilised to ensure all risk contingency covered. The system includes TBM & Trailing Pipe housing Power Pack for running the machine.
In addition there is an intermediate jacking unit which can power four sets of intermediate jacking stations.
This enables capability of jacking in excess of 1km drives given four intermediate jacking stations from the control container and four  from intermediate jacking unit which can be housed inside the tunnel line.
Pipe lift/lowering was undertaken, utilising 48 tonne excavator with lift analyses undertaken at pre-start.
Detailed temporary design was undertaken by DJ Mac Cormick Contractors including Thrust Block, Entrance wall, Base Pad, entrance and exit rings, plates etc., which were independently checked and signed off.
Structural checks and verification of shafts design for launch and receival shafts were signed off as works undertaken. Shafts shoring requirements were supplied by Ground Support Systems (Aust) and all certified to KPA requirements for ground condition at depth.
Several management plans were developed and implemented by DJ Mac Cormick Contractors during works, including detailed ITP’s for all works and QA packs.
Initially there was three drainage pits to be constructed in situ to suit the pipe diameters and future open cut take offs required, however DJMC proposed a precast solution with pit components supplied by Humes Darwin. Structural S40 design and construction sign off was undertaken by Cardno Consultants Darwin. 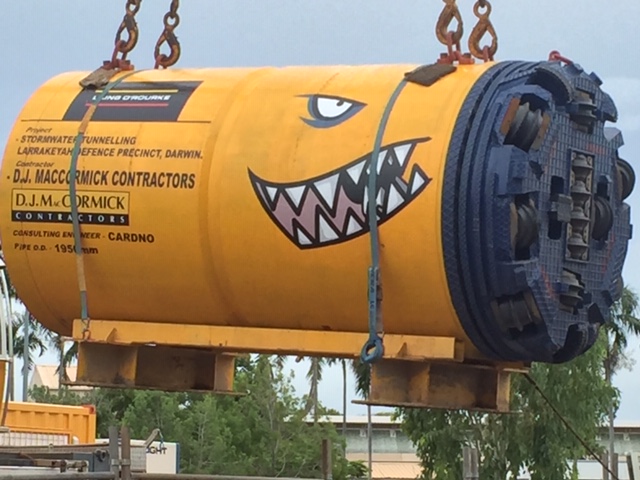 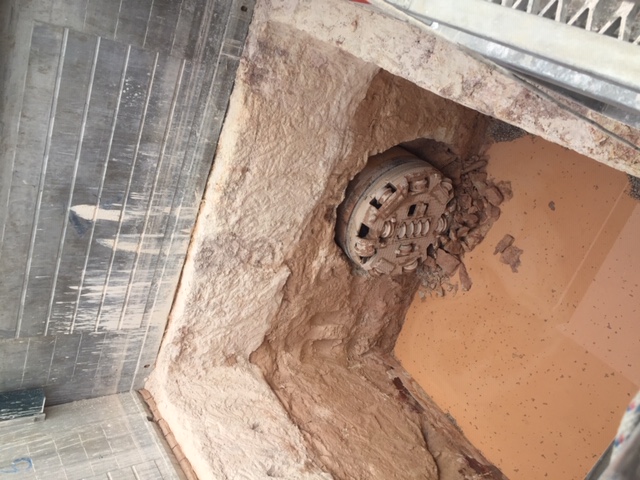 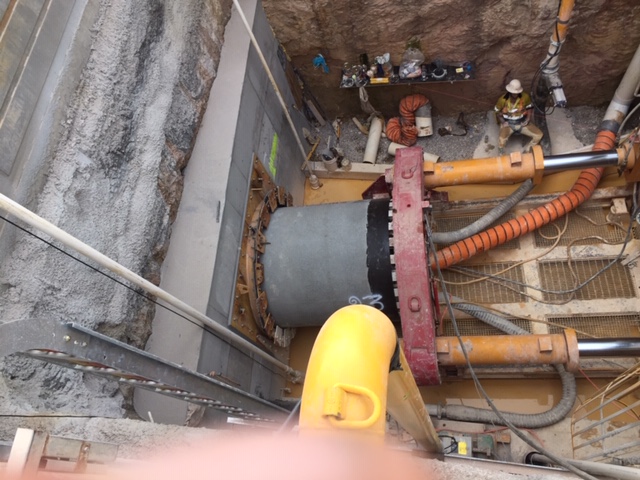 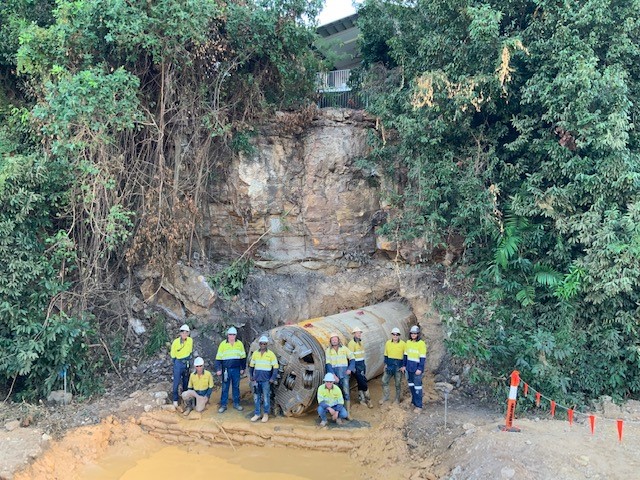